This week saw an amazing amount of content in and around New Eden, proving all those mouthbreathers wrong who called EVE dead years ago.  Vast navies clashed in tightly choreographed fights, supply chain and logistics operations burned through the night and restocked the armories while the propaganda teams flooded the metaverse with incendiary posters.   It was all out “war” as much as it can be done in a computer game in 2016 and I truly hope that I will retain my memories of this day so I may compare it to an equivalent fight in 2036.  (lets hope TiDi is fixed by then)

Yes, it was fight time for the Mercenary Coalition, deployed in the heart of the conflict, a low sec system called Hakonen.  We used this place as staging post to harass the hostiles from Bastion and Circle of 2 (CO2) and two nights ago these skirmishes escalated into an all-out war to the end.  We were informed by our leadership that every ship was needed, every abled body was to log in and join the standing fleets.  The timing wasn’t ideal for the US Teams – a little early and I am sure the fight caused a measurable increase in sick-leave days taken.  And while the Mercenary Alliance prides itself on skill and commitment, nobody ever claimed we are a huge operation.  Nevertheless, we had a record number logged in and with an allied fleet joined us, our coms reached significant numbers.

The doctrine was set – Proteus, my second favorite boat in New Eden.  Due to a couple of mishaps in Wormhole space last year, I didn’t have one and swiftly bought one from the contract – the nice side effect was that I knew it was fit right.  I am a great fan of T3 but this nearly bankrupted me – 650 mil is a chunk of change to put on the line.  But I spent so much time in Proteus’ before that I felt very comfortable with its maneuverability, weapon systems and confident that it would tank well until our logistics team can send me repairs. 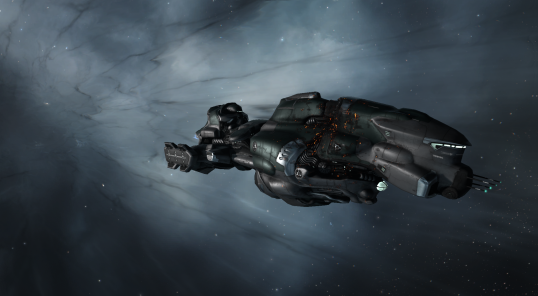 We are undocking and for the first time do I get a hint what is to come – our fleet is already massive but I hear reports that we are one of the smaller fighting groups going out – others filed several hundred man fleets.  We hear of a tightly coordinated assault on our target’s home system and while our Fleet Commander guides us into the general direction we know that he is on at least three different communication channels at the same time.  Basically, its Chess played on a larger scale where entire fleets represent pieces, not individual ships.  As I had never done a conflict of this size, I prepared myself for all eventualities but mostly swore to myself that I will not get left behind.  With literally thousands of pilots from multiple alliances in each system, my only safety is to fly tightly in the fleet and anticipate the FC’s next direction.

TiDi kicks in and everything slows down to a crawl.  We all knew that the nodes were reinforced but this was beyond even the heaviest hardware.  The timer reaches 10% and sticks glued to it for the rest of the night.  Old hands in this style of warfare assure us that this is better than the alternative but with my relative young eyes, I view this as a true obstacle for EVE’s expansions to new players.  Like through thick honey, our fleet glides into position of our first engagement.  We are at perfect range of a hostile fleet but also mixed in with us are several entities who are neither “blue” to us nor “red”.  Under those conditions, anal retentive target calling is mandatory and our FC is doing that perfectly but the time dilation makes targeting a minute long event.  Its extremely frustrating, especially when the freshly targeted boat explodes or warps away before I can get my first round out of my railguns. 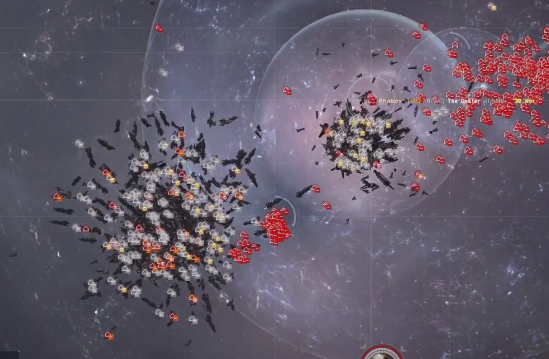 But slowly we decimate our opponent and burn through their logistics wing first, then combat ships before we align out, directed by unseen intelligence toward the next combat zone.  In the long warp tunnels, we reload, we text chat in Slack but our communications is dead silent.  Slowly it has become clear just how many pilots are involved in this fight and that neither side will stand down easily.

And so our fleet progresses, harassed only by a couple of ineffective bomb runs but we arrive home with nearly no losses when we learn that our opponent Circle of 2 (CO2) is leaving their respective coalition.  I feel a sense of shock at first, a slight pang of guilt but these pilots fought hard against us and in the end felt abandoned by their brothers. A better tale though, nobody could invent and I hope some history book will be written about it (I’ll do it for $145k).

It will take a lot to surpass this night of spaceship combat for me.

Some other posts to read about this.  Links here are mostly for my reference later to read up about the bigger picture.  Lets see which link is still valid in a few years time….

The Mittani (oh so bitter)