Seismic Stan posted a new Blog Banter – and its one that I had to think about a little:

For Blog Banter 43 I would like to invite every participant to nominate their peers for whatever awards you think they deserve. Let’s start the year with some EVE-flavoured altruism and celebrate the best and the worst of us, the funniest or the most bizarre, the most heroic of the most tragic of the past year. They could be corpmates, adversaries, bloggers, podcasters, developers, journalists or inanimate objects. Go nuts.

My year in EVE was a sea-saw between many hours / day with my corp mates to build up the Wormhole Academy and flying entirely solo for days or running out of skill queue because RL did not allow me to log in even for a few minutes to throw something in.  In a similar vain, I have followed the community, going from reading 10 blogs / day to about 2-4 now.

This means, different blogs, personalities and stories impacted me throughout the year.  So, the short list below is the constant to whom I wish to give my personal figurines.

The Green Envy Award for things I really wanted to do myself. 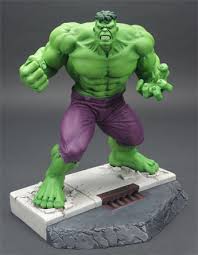 The Green Envy is given to the person or organization that has accomplished a feat that I really wanted to do before my time in EVE is out.  TheMittani.com created a solidly crafted community site with high quality standards on writing and style, with editorial oversight and very frequent, insightful, entertaining and controversial topics. It was what I wanted to do for a long time, building it as a an alliance project but TheMittani.com has set a new standard in New Eden in planning and execution.  It is now pretty much my only EVE-related site I read every day.

Do I care that it is biased towards goons and not factual?  Its a game.  I am here to be entertained.  I dont go to Fox news and expect unbiased journalism, either.

This award to goes to my friend and alliance mate, Mme Thalys who has generated more fiction on her site than can be imagined as possible with a job, life and flying with a notorious mercenary band that requires (!) pilots to attend lectures.  Sometimes I come across “more polished” stories than hers but the sheer depth of her storylines and characters is staggering.

The “Bulldog Award” for relentless pursuit of perfection. 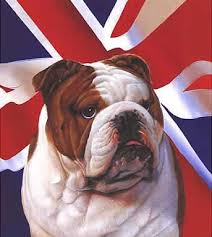 A bulldog is reputed to keep hunting until total exhaustion and his jaws are said to lock on his prey even in death.  It can do one thing and one thing only and with dogged determination (pun & alliteration in sentence.  Try that at home kids) and fierce focus it has become the symbol of relentless pursuit of a single passion.  The award goes to pjharvey from Tigerears.org.  I have yet to meet another blogger who consistently writes about the exact same thing every day but makes it entertaining, informative, builds up tension and creates a story around a single activity, in her case “solo hunting in wormholes”.  This persistence has gained her respect from the community and we used to instruct our green recruits with the stern warning to read her blog or Penny will come and eat their young.

The  “Superman” award for perfection and setting examples.

Superman is everyone’s perfect alter ego. He can do what I can do just better, faster and stronger. He solves the riddles, beats the baddies and with perfect moral stance embodies the “good” in all of us.

The award goes to Jester whose blog is a “must read” for every seasoned and new capsuleer, whose guides and  insights are the de facto missing manual of EVE.  Whilst he frequently stirs the pot and rakes the mud, he does so from a pedestal of true EVE knowledge and passion for the game itself, not for just one splinter group within.  I duly hope that he will never run for CSM but keeps them on their toes.

By thinking about this list, I realized that there are many more personalities in EVE who affected me over the last year.  Oreamnos over at his blog who keeps IOS running despite some rough challenges, Skip, my friend at BWMT who keeps the flame going and never shies from fights and help, Evenstar who was our first recruit and now leads the corp we built together with skill and determination.  Red Necromonger with whom I commiserated since we both want to play more but RL simply kicks us in the nuts and Turamarth who has these burst of amazing writing and insights mixed in with his own version or pirate speak.

They all deserve awards but I ran out of statues….
Fly safe

And The Winners Are…

5 responses to “My Heroes”